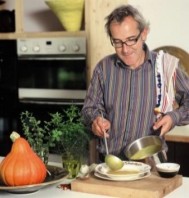 Basic ingredients: Not so much a cookery school as a seasonal masterclass held four times a year at Rory O’Connell’s charming 18th-century cottage, Snugboro, in Ballybraher, East Cork. Tailored courses include summer cooking, hen parties and one-off events with guest chefs such as Skye Gyngell. Courses are demonstration-based with the preparation of a three-course lunch and then a five o’clock dinner. Rory is a natural teacher using simple ingredients to create beautiful dishes such as harira, slow-roast hogget and carrageen moss pudding. Cost: £300.

They say: At Snugboro, seasonality is the guiding principle. Rory’s passion for refining not just our palates but how we prepare and cook food is still his priority.

We say: Relax, you’re in good hands – Ballymaloe trained Rory (who helped to found the school with his sister Darina Allen) is a fully signed up member of the Slow Food movement and has worked in many a Michelin-starred kitchen including a spell with Alice Waters at Chez Panisse in California. The farmhouse garden is especially pretty during summer and don’t miss the ‘spotted dog’ soda bread studded with golden sultanas served with farmhouse butter and damson jam.

Also in Republic of Ireland:

Located in a country house on a 350-acre farm only a short drive...

As far as we are aware Bunratty Cookery School is now closed. Basic ingredients: Flying...

Basic ingredients: Combining a warm and homely atmosphere with an impressive range...